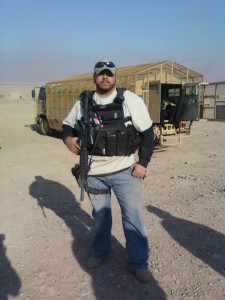 Miguel is the CEO and owner of Silverback Independent, LLC and its subsidiaries. Miguel served four years in the Marine Corps as an infantryman and as a scout in a Marine Scout Sniper Platoon. He is a combat veteran of the Global War on Terrorism and was honorably discharged from the Marine Corps in 2004.

He was recruited by and worked for the US Dept. of Energy as a Tactical Emergency Response Team member just under four years. He later went on to work overseas in the executive protection services in high threat environments around the globe as a private security/military contractor for various government entities. Miguel has gained the needed experience and knowledge in what it takes to provide the industry with competitive guns, gear and training with practical and effective methodology. Some of his certifications and awards are listed below.

♠ Certificate of Appreciation – US Embassy, Kabul Afghanistan – Dept of Sate

♠ Letter of Commendation – US Embassy, Kabul Afghanistan – Dept of State